"Get out of the dark tunnel, don't fear it, get through it and look for the opportunities to be creative, to influence." 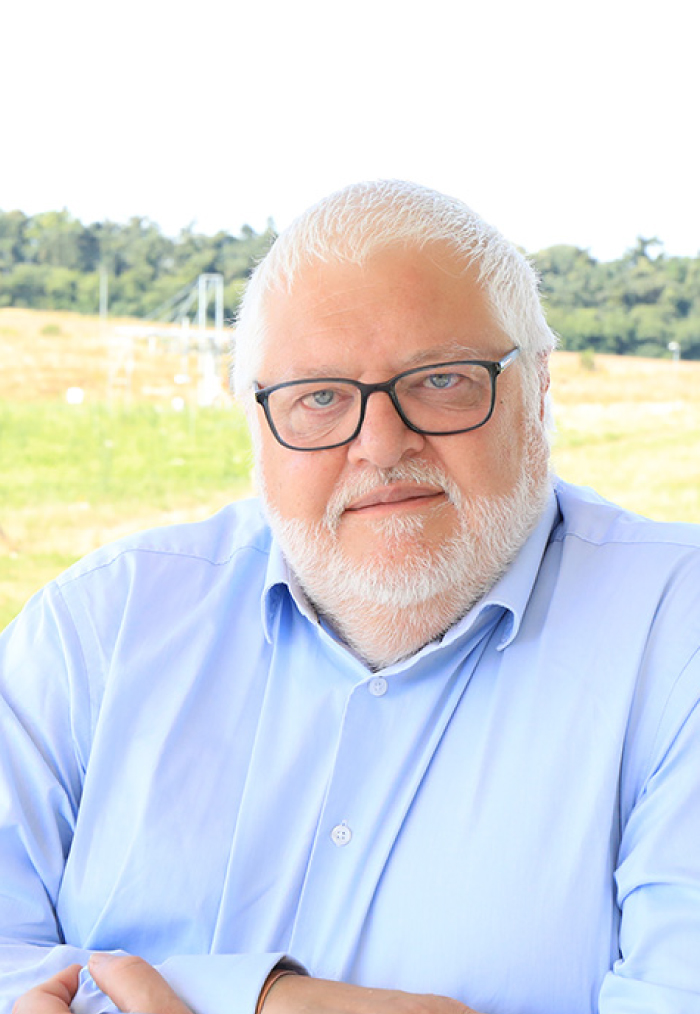 David is an inspirational and highly proficient business transformation consultant. He has considerable experience working with the science, research and innovation sectors, having led some of the largest investments in these sectors in recent years, and has an enviable track record for delivering successful outcomes.

His expertise as a management consultant stems from extensive leadership experience in major transformational programmes around the UK, for example at important national science centres, defence sites and in redefining organisational structures. David also draws from his commercial background as a qualified accountant and experience as a Finance Director which, when combined with deep interest and expertise in risk management, provides the perfect pragmatic focus to his work.

This experience translates into his unique Vision-Based Budgeting© methodology which brings together the development of vision and mission for his clients, grounded in the real world and ready for deployment.

Working with sectors from defence to health, education and government, David has specialist skills in organisational development, leadership development, risk and change management rooted in a desire to support organisations to create a sustainable future and deliver positive impact in their communities.

His executive coaching and mentoring is future-driven, designed to equip leaders with skills and tools to drive through transformational change and deal with the inevitable challenges that brings, while empowering and supporting the next generation.

He says: “While supporting the leaders of today, we must facilitate the development of the next generation of great people, fostering in them the sense of fulfilment and excitement that will in turn motivate the delivery of great future achievements.

“People are at the root of all great things, and it’s through developing great people that we can create an inclusive and sustainable society.”

David has been described by those who know him best as a passionate and empowering visionary leader who delivers results and tangible outcomes. He has a unique ability to drive significant change at pace, while inspiring and motivating those around him.

He brings this passion and drive for results to his work with clients who can work with him on a range of services including vision and mission creation, change management, risk management, organisational development and Vision-Based Budgeting© to bring your vision to life. He works with leadership teams to map out the vision, negotiate the barriers and develop tactical plans that deliver long lasting and sustainable results.

As a leadership mentor and coach, David is attuned to the challenges faced by today’s leaders: the barriers to change and the personalities, regulations and everyday pitfalls that constantly trip you up. He will guide you through with compassion and focus, keeping you on track and holding you to account for your own development.

David has had senior roles in a number of hugely significant transformation programmes over the last three decades. In British Gas in the late eighties as he created a case for a £multi-million investment in a dedicated development mainframe computing environment. His ability to rapidly understand complex environments, analyse data and recommend solutions was recognised when he was asked to take a senior management role at the British Gas Corporate Headquarters leading on the financial elements of both major IT investment and other IT transformation work across the UK. He led a small team at the core of the IT element of the restructuring of British Gas from twelve regions to five new companies (The British Gas Demerger Project), The two year project was delivered on-time, within budget and crucially there were no business interruptions.

Initially joining QinetiQ for a short project to review and articulate the business model underpinning the world’s leading military test pilot school, David’s work was recognised when he was asked to remain to undertake further analytical and transformation projects. He played a pivotal role defining what was to become a groundbreaking new arrangement for the operation of the UKs military test and evaluation centres. He made the case for a refreshment of the test pilot school’s fleet of mixed type aircraft and visited Sweden to commence the successful acquisition of two Gripen fast jet fighters.

In science David has worked to support the creation of an environment in which the UK flourishes as the global centre for ground-breaking bioscience research, and is passionate that research should change lives. He personally oversaw capital programmes, principally construction, valued in excess of £1 Billion; one such project was the design and delivery of new category 4 facilities at the Pirbright Institute. Category 4 is the highest level of biocontainment needed for viral research and protection, and this project rewrote the book on how these facilities would be constructed, it remains the only 21st century designed building of its type anywhere in the world, moving the UK to global leadership. As is normal with David’s projects this was delivered on-time, within budget and successfully commissioned. Described as the most technically complex construction project at the time, this won the most important award in UK construction in 2014.

His leadership of successful construction projects led to an invitation to become a member of the Cabinet Office Construction Board, overseeing national construction strategy and advising on all related matters including the skills agenda. This was not David’s first Whitehall advisory role having been previously nominated by the Department of Business, Innovation & Skills (forerunner of BEIS) to become a Public Value Champion (PVC). There were 15 PVCs in total, all nominated by different Government Departments and Public Sector Bodies, and bringing a highly diverse set of experiences to the group. The programme conceived by a previous Chief Secretary to the Treasury was to provide an independent, critical conversation for the Chief Secretary. As a PVC he was also asked to work with the Department of International Development to assist in reviewing their multilateral aid budget mechanisms.

David was approached to take an interim role as a Non-Exec Director and Chair of the Audit and Risk Committee at the world famous Addenbrookes Hospital in Cambridge. Although an interim role David values this time greatly as an opportunity to work with some truly wonderful people at the forefront of seeking to change lives. During this time he was able to assist with upgrading risk management at a corporate level and also to assist with the Hospital’s construction review following the terrible Grenfell Tower disaster.

He is a Director and Trustee of the UK’s leading independent advocate, The Campaign for Science and Engineering (CaSE), where he has oversight of Finance and Risk.

David was awarded a Direct Fellowship to the Chartered Institute of Management Accountants in 2003 and is a Fellow of the Royal Institute of Biology and of the Institute of Directors. He is also a Government accredited Risk Professional and completed a highly intensive course on International Leadership at Harvard University.

Originally from Bath, David is a keen gardener, with a greenhouse many would envy. He makes his own flavoured gin, and would like to travel more. A choral singer from teenage years, he recently completed ten years as a Tenor Lay Clerk in Bath Abbey’s prestigious choir. His interest in history has led to him tracing his family back to 1590 discovering their origins less than a mile and half away from where he lives now. He has an IQ of 155 which he likes to keep quiet but which places him in a rare group of highly gifted people alongside such luminaries as Stephen Hawking (160) and Albert Einstein (160).

Thank you! Your submission has been received!
Oops! Something went wrong while submitting the form.